Double victory by LADA SPORT ROSNEFT on the Russian stage of the World Touring Championship WTCC. 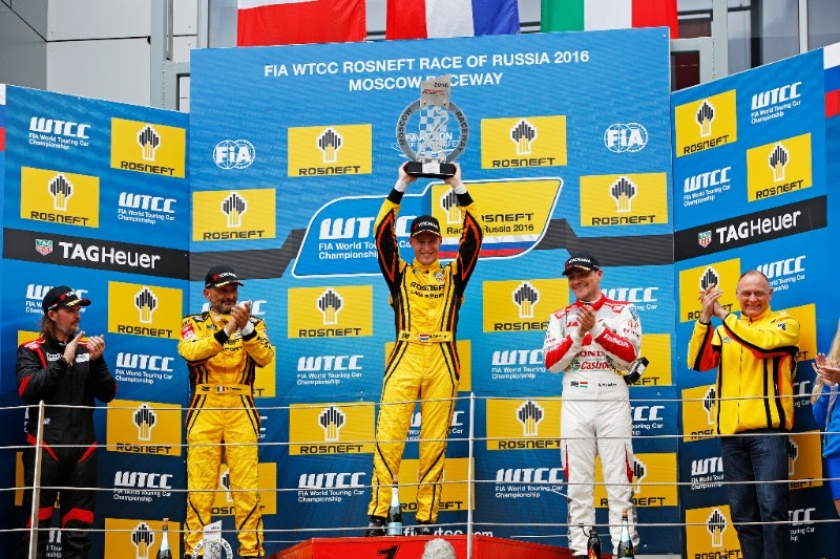 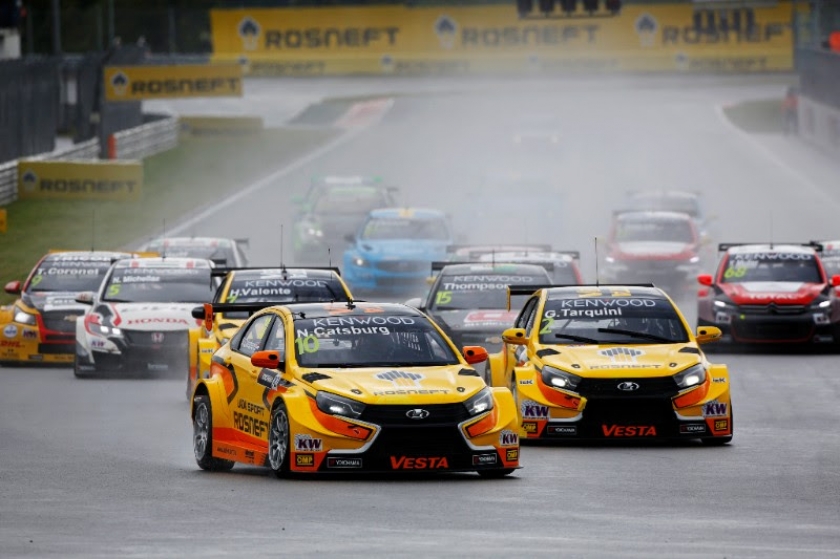 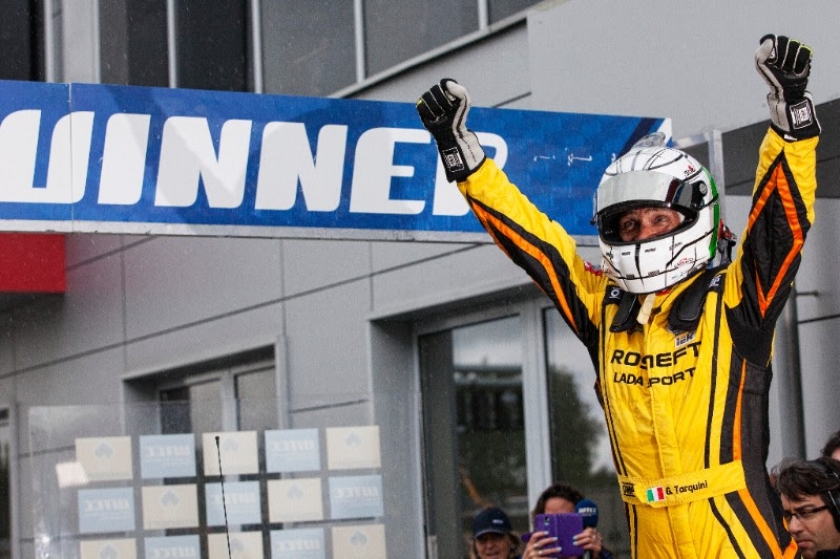 June 12, 2016
On the sixth stage of the World Touring Championship WTCC on June 12 the Russian team LADA SPORT ROSNEFT made a sensation after it took the winners podium in two races of the stage. Gabriele Tarquini won the Opening race, Nik Catsburg was the second, moreover as number nine and number ten accordingly, following the rules of the reversed start of the first round.

And in the main race Catsburg won the top podium and Tarquini took the second place. It was the first victory in WTCC for Nik Catsburg who is having his second season in the Touring World Championship. Besides, such a successful weekend secured the second place in the individual rating of the championship for the Dutch.

Such a double win in two races of the stage is the best result of the LADA team since it has started to take part in the Championship in 2009.

Hugo Volant has also gave his significant input to overall success after he finished fourth in the Opening race and seventh in the Main race.

Motor-racing track Moscow Raceway, despite the cold and rainy weather, so unusual for the middle of June, was full of fans whose intense support played a huge role in the success of the Russian team on LADA Vesta TC1 cars.

After the brilliant Saturday’s qualification round, when the trio of LADA SPORT ROSNEFT – Nik Catsburg, Gabriele Tarquini and Hugo Volant - took three top places of the protocol, the team did not hide their high expectations and winning mindset.

Team LADA SPORT ROSNEFT manager Viktor Shapovalov: ``OF course it’s a historical day for us! First and second places in just one race – is an incredible result, but to repeat it on the same weekend in another race – we could have only dreamt of such a success! It is a culmination of a tense work of many years by the whole team. Now we can surely state that LADA SPORT ROSNEFT – is the Top-team of the World Championship, and I am proud that our efforts led to such a phenomenal result``.

Nik Catsburg: ``I am so happy! I started my carrier in the World touring a year ago, and it was hard to imagine back then that I will get the first and second places on the same day at the homeland stage. But now I am more assured and motivated, and I would like to appreciate the whole team for their professionalism, for a great car. To day it was a little harder in the Main race compare to the first round, the track was getting dryer, and, besides that, my partner Gabriele didn’t give me a chance to relax and kept me tensed during the whole race. We were fighting until the very last lap. I am quite optimistic looking at the second half of the season, because almost all the raceways, starting with the Portuguese, were already on the list in the last year season, back when I started to compete on my LADA Vesta``.

Gabriele Tarquini: ``This weather was so comfortable for me, because I have spent quite a lot of time testing Lada Vesta at our team`s technical base at Magny-Cours in similar weather conditions. But the fact that I won the race after I started from the ninth position makes this victory even more valuable to me. And it happened to be a great start, and the pace of LADA Vesta allowed me to recover several positions on the first lap already, and then I led the peloton``.

The seventh stage of the World Touring Championship WTCC will take place in two weeks already, on June 24-26 in Portugal, in the city raceway Vila Real.

The LADA brand products are presented in В, В+, SUV and LCV segments and are comprised of 5 model families: Vesta, XRAY, Largus, Granta, and Niva. The brand is leading on the Russian automotive market with over 20% market share and is presented in more than 20 countries abroad. LADA is having the largest official dealership network in Russia - 300 dealerships.