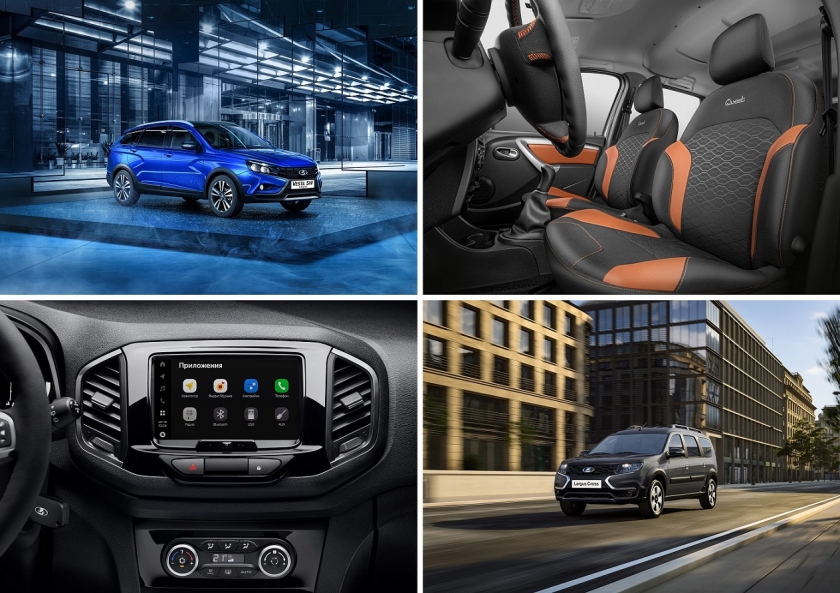 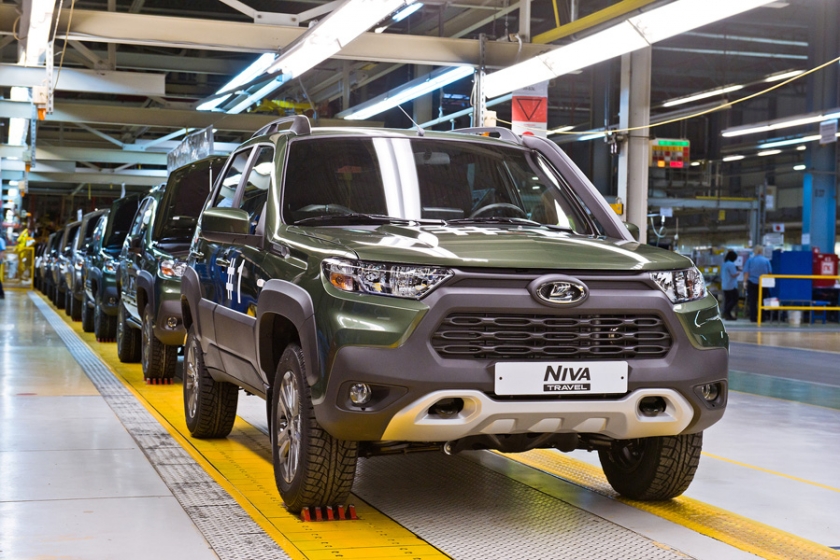 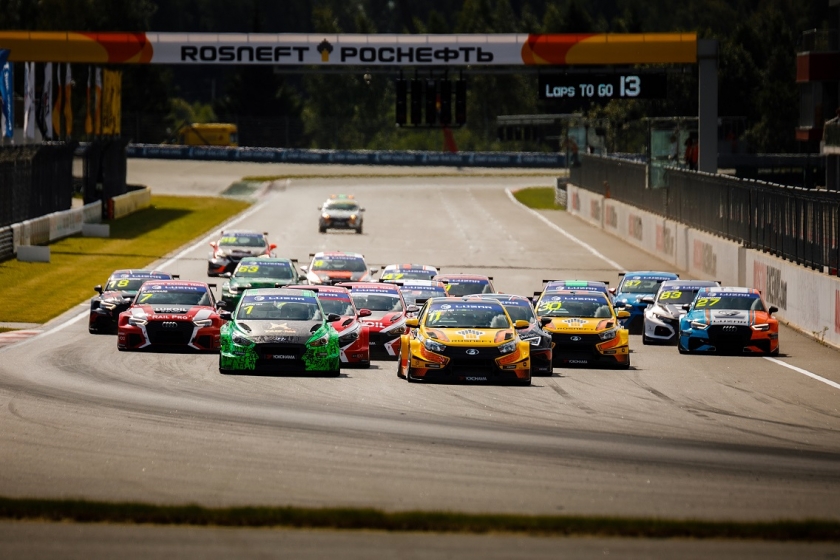 In 2020, facilities modernization has been continued, the 30-millionth car has been released, the Niva SUV started to be produced under the LADA brand and new modifications in all model lineups have appeared – impressive answer to the challenges of the outgoing year that has become the most difficult in the modern history for the global auto industry. AVTOVAZ has quickly and efficiently taken all the necessary measures to prevent the COVID-19 spread prescribed by Rospotrebnadzor. Thanks to the support of the federal and regional government, the Governor of the Samara region, the plant has quickly resumed its work, the work of sales network and provided loading of production capacities.

The year was opened with sales start of the updated LADA 4x4: the car has become much more comfortable. Improved seats, instrument panel, interior upholstery, expanded sound insulation package. Thus, the engineers realized the current market demand. Safety is also important, so all LADA 4x4 have received the ERA-GLONASS system. It is noteworthy that the new interior is harmoniously combined with the classic, recognizable style of the LADA 4x4.

XRAY Cross has got special version Instinct equipped with Yandex.Auto system. Traffic situation, navigation, music and video, social networks and podcasts, voice assistant Alice - now a lot of services are available to the driver. For ease of use, the multimedia screen has been increased from 7 to 8 inches. The style of the car is not forgotten – the XRAY Cross Instinct has received a black roof and a contrasting finish in black gloss. Finally, the LADA XRAY Cross Instinct became the first LADA to start selling online. Along with anti-pandemic measures in production and car dealerships, this has become another anti-viral program of the LADA: if the customer wants, he can order, buy and get a car without leaving home.

A special modification aimed at travel enthusiasts appeared in two families at once. LADA Largus Cross Quest features new seats with three-stage heating, improved noise insulation. And the LADA Granta Cross Quest has got contrasting finish, as well as a practical water-repellent seat upholstery. An indispensable attribute of the special series is the contrasting style and badges with the Quest name.

All cars of the special series are distinguished by black accents of the interior and exterior, combined with original details and badges with the inscription [BLACK]. As well as a favorable price for a package of options. LADA Vesta Cross [BLACK] is based on the Comfort configuration with a ``winter`` package that includes such comfortable options as heated windshield, front seats and steering wheel in a practical eco-leather finish. The car also has black glossy roof, black mirror cases, contrast wheel pattern and black upholstery of the seats and ceiling.

4x4 [BLACK] is based on the Urban configuration, but now its black mirror housings are complemented by all-black wheels and dark ceiling and seat upholstery.

In the summer, the Niva model began again to be produced under the LADA brand, and in December, serial production of the new LADA Niva Travel was launched. The SUV has received a new original body design, protective body kit and lighting equipment. In the new look, the car has become more expressive and masculine. At the same time, the LADA Niva remains a real SUV with a permanent all-wheel drive system, the ability to mechanically lock the center differential and turn on the downshift.

New LADA Largus: the future is near

The updated LADA Largus will be released in 2021, but late in 2020, the first image of the long-awaited station wagon was shown. The car has got a recognizable X-design, as well as a new interior with improved ergonomics. More details about the new Largus specifications will be reported separately.

50 years since the first car released

VAZ-2101 became the most popular model in the history of the Russian automobile industry (4.8 million cars). Over 50 years, more than 50 production models of LADA have been established – but it all started with “Edinichka”!

In 2020, the annual GUM Rally was dedicated to the LADA anniversary. 100 VAZ-2101, 2102, 2103 and 2106 cars produced in the 70s started from the walls of the Kremlin and drove the 80-kilometer retro rally route through the most beautiful places of the capital.

It is emblematic that the 30-millionth LADA car was produced in the year of the 50th anniversary of the first LADA released. LADA Granta became the anniversary one, and VAZ-2101 from the factory museum deservedly took part in this celebration.

LADA Vesta ranks second in terms of sales in Russia (after Granta), but first in terms of the number of industry awards.

Also in 2020, LADA Vesta again received the “Car of the year” titel in Russia. According to the voting results, the flagship of the LADA model range became the winner in the category “Small class”.

The pilots of the LADA Sport ROSNEFT team had their best season, becoming Champions in individual and team ratings in all classes and disciplines they took part in –circuit races, rally and karting.

The main successes of the drivers of the factory team are associated with the Russian series of circuit races, where Kirill Ladygin at the wheel of the domestic sedan LADA Vesta Sport TCR first became the champion in the most prestigious class “Touring”. In the “Super-Production” class, the fastest was the turbocharged Vesta of Vladislav Nezvankin, and in the “Touring Light” 8 victories and the championship title was won by Vladimir Sheshenin. In all three classes, LADA Sport ROSNEFT was the best team of the season.

The year was no less successful for the drivers of the rally and karting teams. Dmitry Voronov and Kirill Enikeev became the authors of a unique achievement – they won all the races of the Russian Rally Cup, which they participated in. And Artem Severyukhin and Ivan Chubarov won the title of National Champions in the fastest categories of Russian karting.