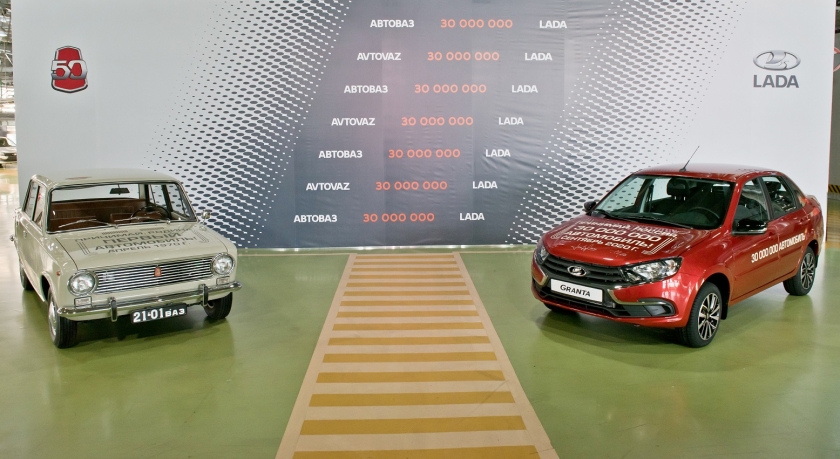 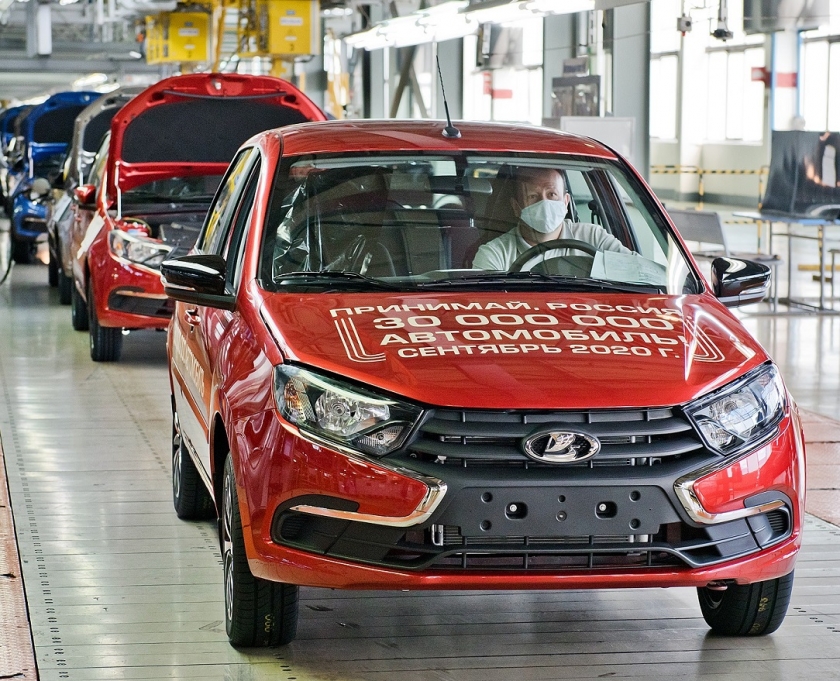 On September 24, the 30-millionth LADA car rolled off the Assembly line of AVTOVAZ JSC – it became a red LADA Granta sedan in a special #CLUB series, which will later become an exhibit of the LADA corporate Museum.

The anniversary car release ceremony was held in the presence of Luca DE MEO, Chief Executive Officer of Renault S.A., and President of AVTOVAZ Yves Caracatzanis.

LADA by number of 30,000,000 was released in the year of the 50th anniversary of the first car Assembly in Togliatti. In this regard, VAZ-2101 also took part in the ceremony.

President of AVTOVAZ Yves Caracatzanis: ''The First LADA has completely changed automotive history of Russia. VAZ-2101 gave mobility to millions of people, and LADA Granta continues this glorious history. Today it is the number one car in sales in Russia. Granta has an expressive design, provides confidence in all situations and represents the perfect value for money. I would like to thank the LADA Granta production team and the all AVTOVAZ team. Thank you for your excellent work and congratulations on the release of the 30-millionth car!»

Video of the production of the anniversary car – follow the link.
Additional information:
AVTOVAZ Group is part of Dacia-LADA Business Unit within Groupe Renault structure. The company manufactures cars in full production cycle and components for 2 brands: LADA and Renault. Group facilities are located in Togliatti – “AVTOVAZ” JSC, “LADA West Togliatti” JSC, and in Izhevsk – “LADA Izhevsk” LLC.
The LADA brand products are presented in В, В+, SUV and LCV segments and are comprised of 5 model families: Vesta, XRAY, Largus, Granta, and Niva. The brand is leading on the Russian automotive market with over 20% market share and is presented in more than 20 countries abroad. LADA is having the largest official dealership network in Russia - 300 dealerships.
Return
press-releases subscribe RSS