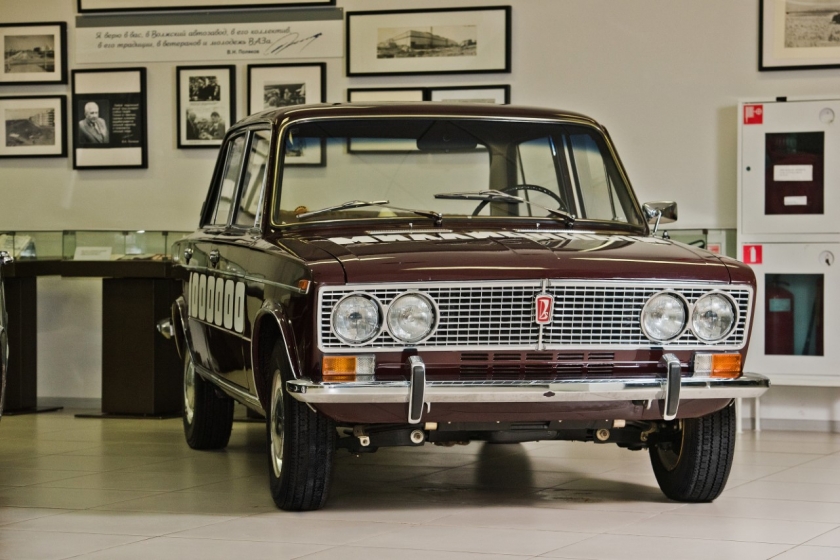 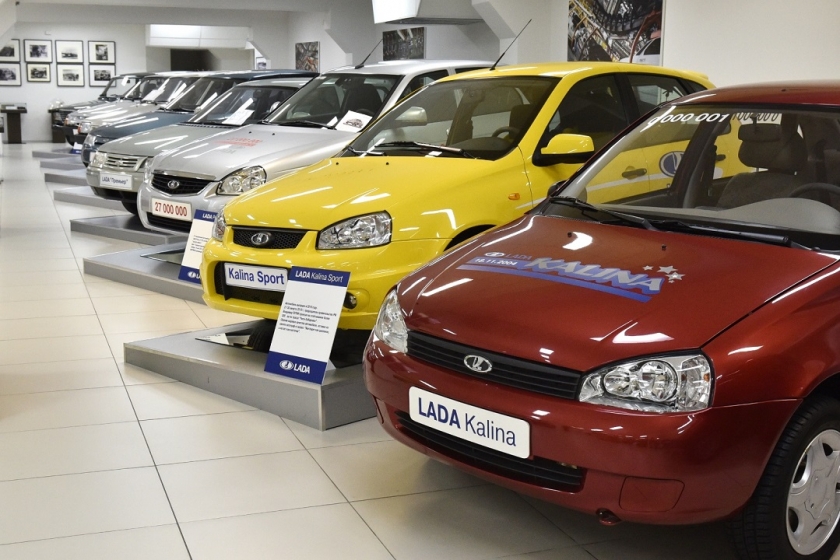 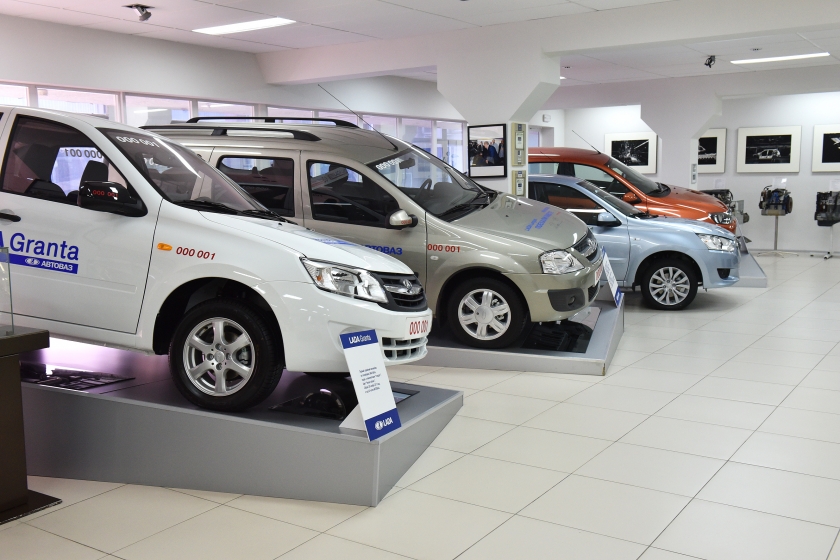 • To date, the exposition has more than 60 cars and several thousand of other items

Collection of historic LADA cars is opened with cherry VAZ-2101 – this is the first sold car. Before becoming an exhibition item of the factory museum, the car had been operated for 19 years – and is preserved in well condition.

Next to the VAZ-2101 is one of the first items of the museum, the dark-cherry VAZ-2103, which was restored last year and is in the near-perfect condition. The vehicle was produced in 1973 and is notable for being the first-millionth car. Among the cars of classic layout, the museum also has 2102, 2106, 2107 and several unique cars: VAZ-2105 with rotary-piston engine, VAZ-2101, on which the world tour was made.

LADA Niva is represented in separate group – here are the restored first-generation SUV, and the car that had been used in Antarctic, and the five-door LADA Niva that as part of the expeditions in the Himalayas conquered the 5726 meter height.

Special part of the exposition is concepts and prototypes. Here are the design projects, in particular, two-seat convertible LADA Roadster, futuristic concept in the bio-style “Peter-Turbo” and electric car “Rapan”. The hall includes prototypes series in terms of exterior, but conceptual in terms of technology, for example, vehicles on ANTEL power cells. The exhibition displays series of “Project C” cars – sedans, crossover, hatchback. The work experience on this universal platform was used in the LADA Vesta project – and the prototype of this bestseller is also exhibited in the museum. The car was showcased at the Moscow Motor show as is, and its production started a year later.

In 2021 turns 50 years since LADA entered the international automobile racing. The Russian brand took part in different disciplines – circuit races, rally. Specially prepared rally Niva, Samara, Vesta, Granta take worthy place in the exposition of the museum. The LADA Revolution roadster, which became the basis for the monoclass of the same name, is showcased here, too.

The collection of anniversary and memorable cars is spectacular as well – first series Granta and Largus, several millionth cars, from LADA Samara to LADA Priora. Unique VAZ-21099, produced in 1991 to the 25-th anniversary of the AVTOVAZ JSC, is one of the most popular exhibition items: the car body has surnames of all employees of the car plant who worked there at that time. Two cars bear signatures of the Russia’s President Vladimir Putin – the LADA Largus, which production started with his participation, and the yellow LADA Kalina Sport, driving by which Vladimir Putin as Prime Minister of the country inspected a new highway “Amur”. The pre-series sedan LADA 110, which was showed to Boris Yeltsin, is interesting too – in 1994 the President of the Russian Federation conducted a brief test-drive of the new LADA.

Over the years of work, the museum was visited by more than million people from all over the world. Especially often, the foreign guests visited exhibition in 2018 when the FIFA world cup was held. Currently, the museum operates under the anti-pandemic restrictions: the visiting is possible only by prior agreement with the administration. All the interested in the history of the LADA brand can find the materials on the museum’s page in Instagram (@museum_lada). The information on museum’s work resumption will be published on the same page – when it will be ready to open doors for all willing to visit it.