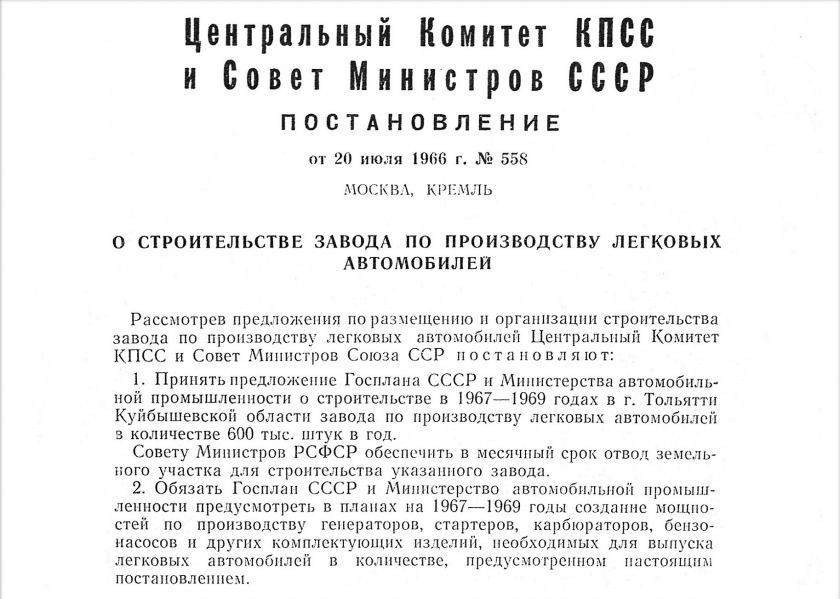 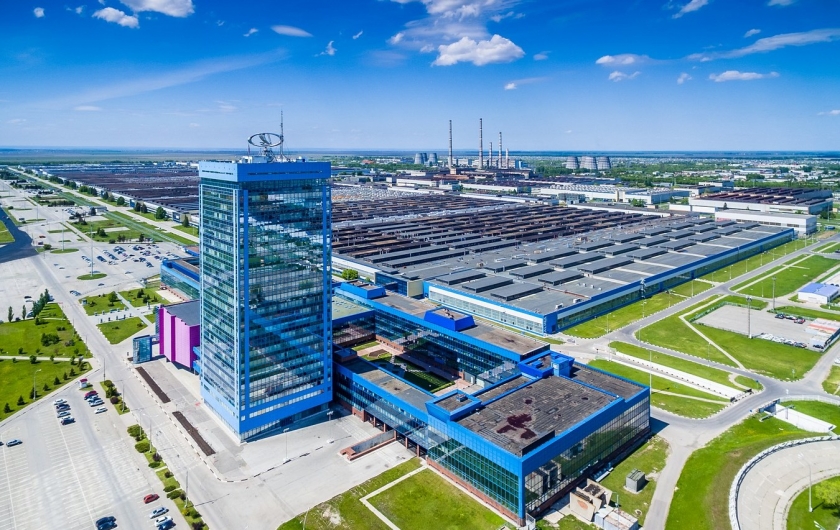 July 20, 2021 marks the 55th anniversary of the signing of the government decree on the construction of car manufacturing plant in the city of Togliatti. This day is considered the date of AVTOVAZ foundation.

For 55 years, AVTOVAZ has produced more than 30 million cars of more than 50 different models. LADA cars take a third of the Russian passenger car fleet, and occupy leading positions on the domestic market with a 23% share.

Currently, AVTOVAZ is a full-cycle enterprise, with its own metallurgy shop, press shop, capacities for manufacturing automotive components, including power units and chassis. The scientific and technical center of AVTOVAZ allows to carry out a complete development of the car, from the design project to preparation for mass production.

AVTOVAZ has three car assembly lines with around 1,500 LADA and Renault cars rolling off them every day. All three lines have been modernized and operate in accordance with the standards of the Renault Group.

AVTOVAZ: the main dates of the history

1966 - a government decree on the construction of a new passenger car manufacturing plant in Togliatti was adopted.

1967 - the construction of the Volga Automobile Plant began.

1970 - the production of cars was started (VAZ-2101, which became the most popular model in the history of Russian automobile construction).

1971 - the first batch of VAZ-2101 was exported. 1973 - the first millionth car (VAZ-2103) was released, and at the same time the state commission put into operation the automobile plant.

1986 - a decision to create a branch scientific and technical center at AVTOVAZ was taken.

1990 - the production start of the VAZ-21099, the last model put into production during the Soviet period.

1998 - a large aerodynamic tube complex, which has no analogues in Russia, was opened.

2004 - the production start of the LADA Kalina.

2007 – the serial production start of the LADA Priora.

2008 - a strategic partnership agreement with Renault was signed.

2011 – the production start of the LADA Granta.

2012 – it’s the year the LADA received an automatic transmission for the first time.

2012 - launch of the first joint product with Renault, the LADA Largus station wagon.

2015 - the production start of theLADA Vesta and LADA XRAY.

2017 - serial production of the bi-fuel car - LADA Vesta CNG - was launched for the first time.

The LADA brand products are presented in В, В+, SUV and LCV segments and are comprised of 5 model families: Vesta, XRAY, Largus, Granta, and Niva. The brand is leading on the Russian automotive market with over 20% market share and is presented in more than 20 countries abroad. LADA is having the largest official dealership network in Russia - 300 dealerships.
Return
press-releases subscribe RSS

21.09.21
AVTOVAZ ANNOUNCES THE START OF SERIAL ASSEMBLY OF THE LADA CARS IN UZBEKISTAN

01.09.21
AVTOVAZ: the Research and Development center celebrates the 35-th anniversary

23.07.21
AVTOVAZ is going to equip buses with air recirculation units