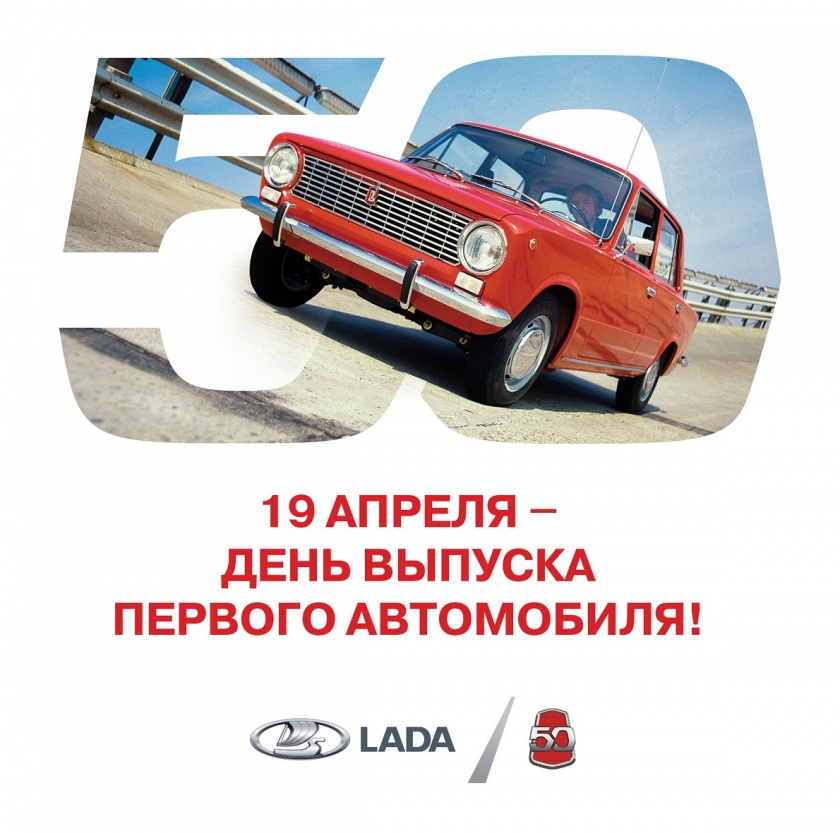 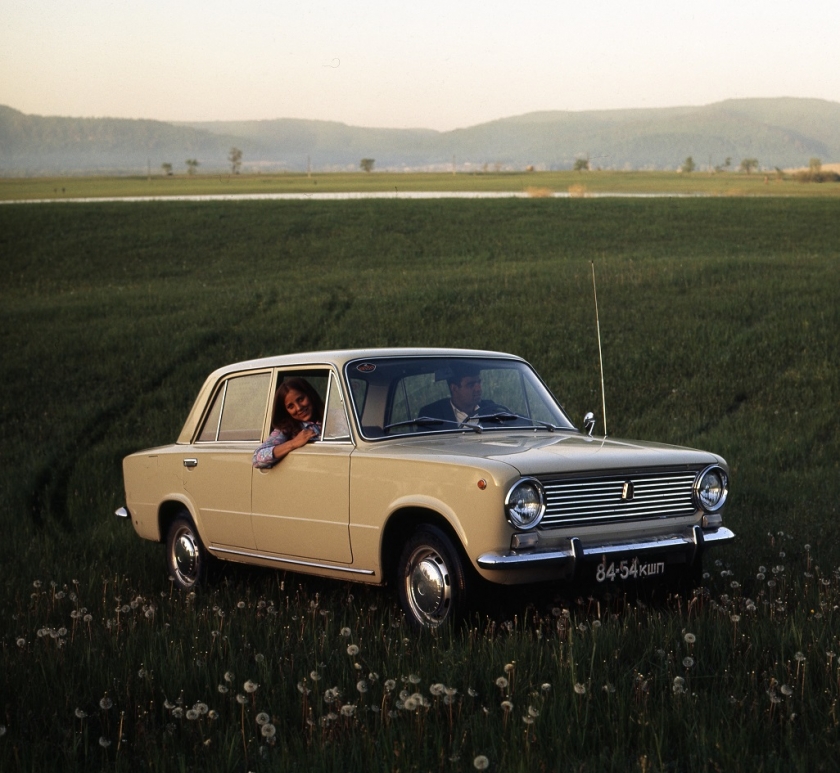 April 19, 2020, is the 50th anniversary of the first LADA cars. On that day in 1970, the Volga Automobile Plant’s assembly line released six sedans VAZ-2101 Zhiguli, two in blue color and four in cherry color, which was symbolizing the colors of the RSFSR flag. Ever since the Togliatti plant has successfully launched more than 50 serial models.

Improvement of the foreign prototype

The first LADA model was based on the Italian FIAT-124 sedan which won the Car of the Year award in Europe in 1967. In order to be produced and sold in the Soviet Union, the foreign prototype passed a series of tests on roads, off-road and special sections of paving stones. After the tests, over 800 changes were introduced to the design of the licensed car; the majority of them were aimed at improving reliability.

The suspension underwent the following reworks: change of kinematic, reinforcement of the majority of parts including bearings and ball joints. The FIAT-124 had a clearance of about 130 mm. In course of the modernization of the Italian chassis, the front clearance was increased to 175 mm. As a result of improvements, the car became 90 kg heavier, but this was compensated by increased engine power. The VAZ-2101 received a new engine with an overhead camshaft and an increased center distance between the cylinders, which allowed improving the engine and increasing its volume in the future. The outer diameter of the friction linings in the clutch was increased from 182 mm to 200 mm. The gearbox received the synchronizers that were developed for the faster Fiat sports cars. The body became stronger, and instead of two jackholes (one on each side), four were introduced to make jacking up much more secure.

Holes for the external starter handle were made in the bumper, body and radiator. Instead of the engine overheat warning light used by Italians; the instrument cluster of VAZ-2101 was equipped with a coolant temperature gauge.

Some of the changes are external and can be clearly seen. It can be witnessed firsthand at the AVTOVAZ corporate museum where the FIAT-124 is on display - a rare car in Russia that was contributed to the museum from a private collection. It can be compared with the first VAZ-2101 car sold, which was brought to the corporate museum after 19 years of operation.

Time has shown how correct the design solutions incorporated in the VAZ-2101 were. The car has become quite durable, reliable and comfortable - it was highly appreciated by both domestic consumers and the foreign market, which the car entered already in 1971. The first batch of cars was sent to Yugoslavia, Belgium, Holland and Finland. In 1971, more than 57 thousand LADA cars were exported, which was more than a third of the total annual export of cars of the USSR at that time.

Today, several hundred thousand VAZ-2101 sedans are registered in Russia. These distinguished cars are still used for their intended purpose - as mean of transportation, but more and more often they undergo refurbishing to become a collector’s item.

The Russian car of the 20th century

In 2000, the VAZ-2101 model was declared as The Russian Car of the Century following the results of a survey conducted by the Za Rulem magazine. The first LADA model won the vote of every fourth participant of the survey, which was held among more than 80 thousand persons.

History of victories in motorsport

In 1970, along with the release of the first VAZ-2101 car a decision was made to establish a sports unit. From the very first years of production, the VAZ-2101 began to win in all kinds of car races, opening a new page in the history of motorsport in the USSR. In 1971, for the first time, the team piloting the VAZ-2101 participated in the Tour of Europe rally, which took place in 14 countries, and won the Silver Cup, and two years later two at once - both the Golden Cup and the Silver Cup. In parallel, the plant team won the main awards of competitions held within the Soviet Union. Pilots on VAZ-2101 competed with both domestic cars of other brands and in a monoclass created specifically for Zhiguli. Sportsmen on VAZ-2101 participated in international rallies and in Soviet ring races and autocross until the mid-80s. The history of LADA sports victories continues: The company`s team uses specially tuned LADA Granta and LADA Vesta cars for the participation in Russian rally races and circuit races. In 2019 alone, the pilots of the LADA Sport ROSNEFT team climbed the winning podiums more than 100 times.

The new LADA: an heir to traditions

The arrival of the VAZ-2101 formed the basic rules for creating cars, which are also implemented in modern LADA models. These rules are an original and bright style, reliability, the best quality and equipment at an affordable price. The VAZ-2101 was not only numerous but also a truly advanced car of its time. The modern LADA models continue this tradition.

The LADA was and remains the most mass-produced automotive brand in Russia. The brand`s market share is more than 20%, and the fleet of the LADA cars holds a 30% share in the Russian car fleet. The leaders of the Russian market are the LADA Granta and LADA Vesta models.

Today AVTOVAZ is a part of Groupe Renault, one of the leaders in the global automotive industry. The company`s production technologies, systems for monitoring and evaluating the quality of products comply with the latest international standards and their development is continuous.

29.06.20
AVTOVAZ continues the cooperation with Rostelecom