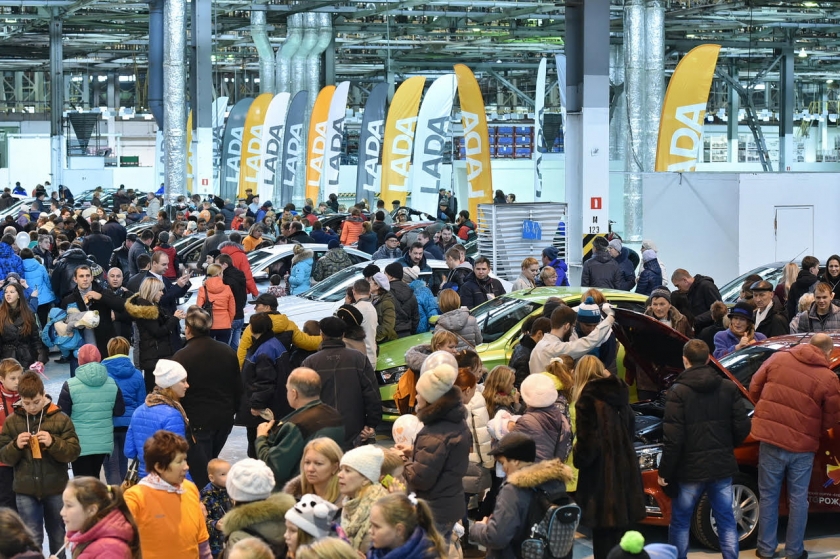 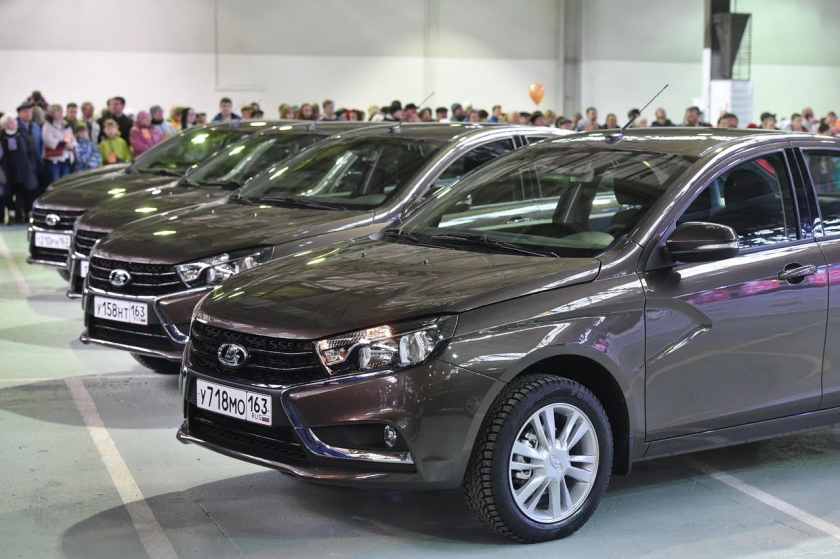 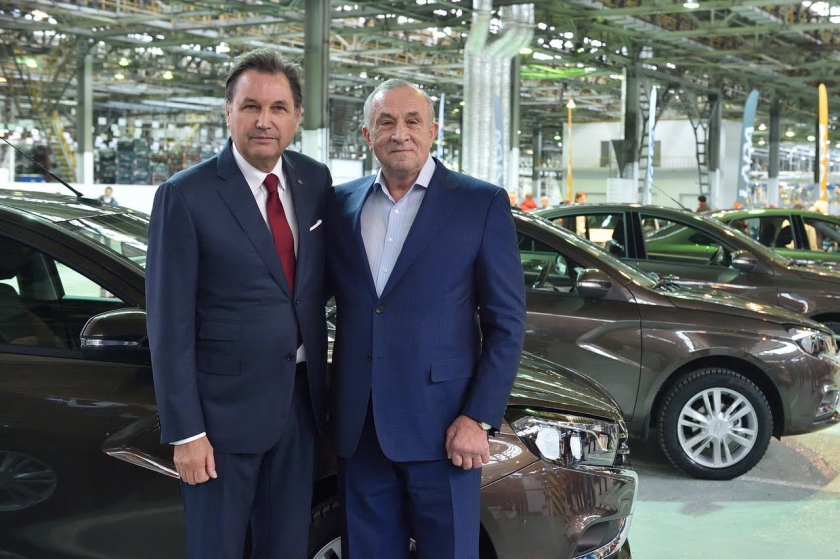 In the opening ceremony visited by the Head of Udmurtia Republic Mr. Alexander Solovyev and the President of AVTOVAZ Group Mr. Bo Inge Andersson, JSC AVTOVAZ handed over to the Republic administration ten LADA Vesta cars that will be used in the car fleet of Udmurtia government and municipal authorities.

Mr. Alexander Solovyev sincerely thanked AVTOVAZ President for his work for the development of the Russian car industry and in particular assembly site in Izhevsk. ``For Udmurtia the stable work of such important company as Izhevsk plant is very important. And I would like to tell the friendliest words to the AVTOVAZ President Mr. Bo Inge Andersson. Today the plant is having its second birth. As for today a lot of things have been done for LADA Vesta to become the popular car. And I am sure it will be''.

For the guests of the 50th Anniversary there was the special route in the company showing maximum open and full all the production stages – from stamping shop to quality check of the ready cars. It is necessary to highlight that this day LADA Izhevsk worked according to the usual schedule and the guests of the Open House day were able to see personally all the technological processes in operation.

On the separate site there was the rest area with the LADA Vesta exposition, interactive entertainment and play grounds for the youngest guests of the celebration. For the visitors comfort the bus transfers were organized on the plant territory.

50 years ago in October 1965 the order was signed for the organization of car production in Izhevsk. One year later December 12th 1966 the first car went out of the plant conveyor - ''Moskvich-408``.

First own developments of the company were end 60s –beginning 70s. First Soviet liftback Izh-2125 Combi and wagon Izh-2715 kabluchok were launched into production that opened the epoch of light commercial vehicles in the Soviet Union.

In October 2011 Izhevsk plant was included in AVTOVAZ Group becoming its full-scale part. Finishing in 2012 the epoch of “classics” Izhevsk started production of modern cars LADA Granta – sedan and liftback. This time the global modernization of production complex started, the biggest one since the construction times of the company. Bodyshops and trim&chassis were constructed and equipped by modern facilities, paintshop was seriously. The new plastic injection shop appeared, stamping shop was reaching its planned capacity.

In August 2014 the Company started the production of Renault-Nissan Alliance cars - Nissan Sentra sedan, beginning 2015 Nissan Tiida hatchback was added to them.

September 25th 2015 serial production of LADA Vesta cars started. LADA Vesta is created on the brand new platform LADA B/С, developed by AVTOVAZ engineers with the participation of Renault-Nissan Alliance specialists. For the first time in LADA history it took one year from the demonstration of concept car to the launch to serial production.

23.07.21
AVTOVAZ is going to equip buses with air recirculation units

21.07.21
LADA: benefits for those who have been vaccinated

16.07.21
AVTOVAZ continues to grow its presence in the Republic of Kazakhstan

26.05.21
Start of sales of LADA Granta with the new EnjoY Pro multimedia system

20.05.21
Start of sales of the LADA Granta with LADA Connect system